Yesterday, Sam attended the Santa Barbara International Film Festival for the closing night screening of “Their Finest.” The gallery has been updated with high quality photos from the festival. Be sure to check them out! And you can find an interview of Sam at the festival below. 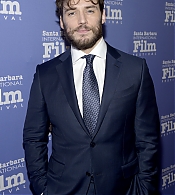 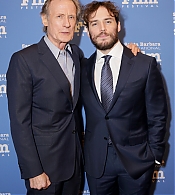 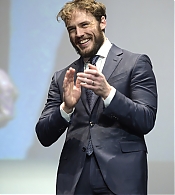 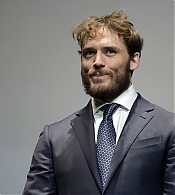 VARIETY – The Santa Barbara International Film Festival has announced the lineup for its upcoming 32nd edition, including its international gala event and opening and closing films.

Running from Feb. 1-11, the festival will open with the world premiere of the documentary “Charged,” and will close on a period note with Lone Scherfig’s comedy-drama “Their Finest,” which stars Gemma Arterton, Sam Claflin and Bill Nighy.

This year’s festival will offer a wide array of films from over 50 countries, and will feature 51 world premieres and 64 US premieres, along with tributes to the year’s top talent, and panel discussions.

The festival will kick off the festival on Wednesday, Feb. 1, with a screening of “Charged,” a documentary directed by Phillip Baribeau, which chronicles the journey of chef and outdoorsman, Eduardo Garcia and his recovery after being electrocuted by 2,400 volts of electricity, miles from help in the Montana backcountry. Garcia had his hand amputated, lost ribs, muscle mass and nearly his life as a result of the incident.

Another of the festival’s segments will be an international gala, the centerpiece of which will be the French-Belgian drama “Heal the Living,” directed by Katell Quillévéré and starring Tahar Rahim, Emmanuelle Seigner, and Anne Dorval.

“Their Finest,” a British comedy scheduled for a March 24 release, will close the festival. The movie is set in Britain in 1940 and stars Gemma Arterton as a scriptwriter working on propaganda films who realizes the government sponsored work could use a “woman’s touch.” Together with another writer Buckley (Claflin), the pair set out to make an epic feature film based on the Battle of Dunkirk, starring fading movie star Ambrose Hilliard (Bill Nighy).

The full festival lineup is listed on SBIFF.org.

Today, Sam attended the 19th Annual Savannah Film Festival. He was being awarded the Spotlight Award at the festival. I have added high quality photos from his appearance at the arrivals,speaking during an Q&A, and during the award cermony to the gallery. Enjoy! 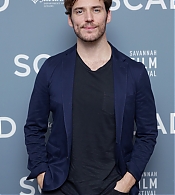 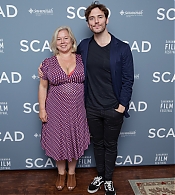 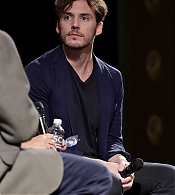 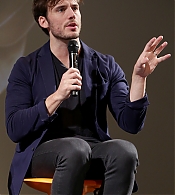 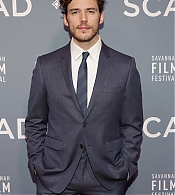 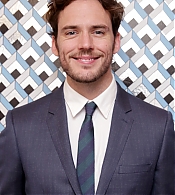 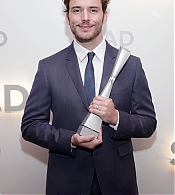 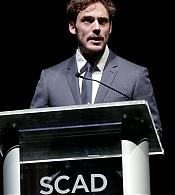 Their Finest is written by Gaby Chiappe, based on the novel by Lissa Evans, and stars Gemma Arterton, Sam Claflin, Bill Nighy, Jack Huston and Richard E. Grant. Pic follows a female scriptwriter (Arterton) hired by the British ministry to change the female dialogue in the country’s propaganda films during World War II. Her work is soon recognized by a charming lead scriptwriter (Claflin) who teams with her to make an epic feature about the Battle of Dunkirk starring a has-been movie star Ambrose Hilliard (Nighy).

SBIFF executive director Roger Durling said in a statement, “Lone’s deeply touching film is authentic, funny and depicts the power that cinema has to bring people together and share their stories. It was the perfect choice to close this year’s festival.”

Their Finest premiered at the Toronto Film Festival and also played the London Film Festival. EuropaCorp bought it out of TIFF with a seven-figure P&A commitment.

DEADLINE – Danish director Lone Scherfig continues her path to British citizenship with Their Finest, which took its world premiere bow at the Toronto Film Festival this past weekend. It’s her fourth British film in a row, after An Education, One Day and The Riot Club, and follows a group of characters in wartime London as they mount an heroic film production for the British government’s propaganda machine. When Catrin Cole (Gemma Arterton) is seconded to pen a screenplay, she is immersed in an hilarious and warm theatrical world that includes characters like prima donna ham actor Ambrose Hilliard (Bill Nighy, on masterful form) and her handsome co-writer Tom Buckley (Sam Claflin).

Based on Lissa Evans’ novel and scripted by Gaby Chiappe, Scherfig’s film paints a rich and nuanced picture of life for those in London who weren’t off fighting, but who still made enormous contributions to the war effort as they dealt with nightly bombings during The Blitz. And it has something meaningful to say about the work of women, especially, in keeping the country running.

Its moviemaking backdrop was what attracted Scherfig, she told me, as she and her cast descended on the Deadline Toronto studio. “It’s a little window in film history where films have never been more important,” she noted.

Arterton shines in the lead, bringing truth and depth of emotion to the film as its parody of the world of 1940s film production keeps the tone light. “There’s broad strokes in this film,” she said, “but everything’s done with such detail that it makes it not-brash. That’s down to Lone’s attention to detail. Little tiny things that you might not even catch, really, but she sees and thinks about.”

Nighy gets the plummiest of plum parts as the monstrously egotistical Hilliard, and he was on typically riotous form at the Deadline studio. “They were looking for someone to play a chronically self-absorbed, pompous actor in his declining years, and they thought of me,” he quipped. “Which is tricky to process on occasion, but I suppose I should be just grateful for the work.”

The great skill of the film, though, is that even Hilliard’s arch character gets to demonstrate a softer side. Says Scherfig: “Ambrose Hilliard changes over the course of the film, as much as someone as vain and ignorant of what goes on around him can change.”

Earlier today, Sam attended several events at the Variety Studio during the Toronto International Film Festival. You can check out HQ photos in our gallery! 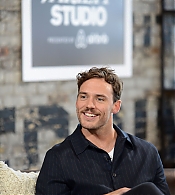 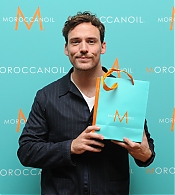 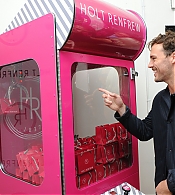 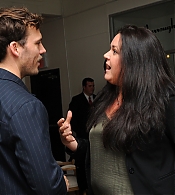 The lineup for The 60th BFI London Film Festival has been unveiled today. Sam’s upcoming film, Their Finest with Gemma Arterton will have a gala at the festival. The festival runs Wednesday 5 – Sunday 16 October 2016. Sam is listed on the attendees list. We can’t wait to see him!

HEADLINE GALAS
The Mayor of London’s Gala is the European Premiere of THEIR FINEST, which sees director Lone Scherfig return to the Festival following An Education (LFF2009) Gemma Arterton and Sam Claflin star in this delectable comedic drama, set in the world of filmmaking in London during the 1940s.

The lineup for this year’s Toronto International Film Festival has been announced! Sam’s movie with Gemma Arterton, Their Finest will have a gala screening! The festival runs September 8 – 18.