VARIETY – “Me Before You” and “Hunger Games” star Sam Claflin is in negotiations to join Shailene Woodley in STX Entertaiment’s survival drama “Adrift,” sources tell Variety.

Miles Teller was initially in talks to reunite with his “Divergent” and “Spectacular Now” co-star in the movie, but passed on the project due to scheduling conflicts.

“Adrift” is written and produced by Aaron and Jordan Kandell. Baltasar Kormákur will direct and produce the film under his RVK Studios banner, with production set to begin in June.

Woodley signed on to star in “Adrift” during the Berlin Film Festival, where STX began selling rights.

“Adrift” is based on the true story of Tami Oldham, who, after being knocked unconscious by the largest hurricane in the history of the Pacific Ocean, awakens to find her fiancé Richard Sharp badly injured, their boat in ruins, and no means of communication or navigation. She must race against the clock to save herself and the only man she’s ever loved.

Claflin recently wrapped production on the Jennifer Kent thriller “Nightingale” for Bron Studios, and can be seen next in Fox Searchlight’s “My Cousin Rachel.” He is repped by CAA and Independent Talent Group.

The release of My Cousin Rachel is getting closer! I have added new promotional photos, production stills, and a behind the scenes photo to the gallery. Thank you to my friend Kaci at Jimmi Simpson Fan for help with some photos! 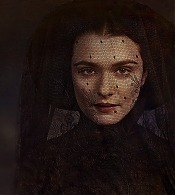 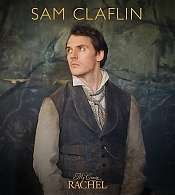 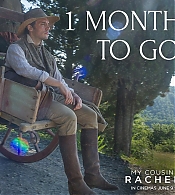 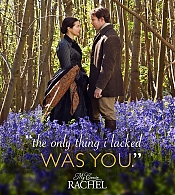 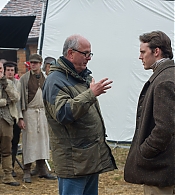 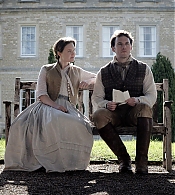 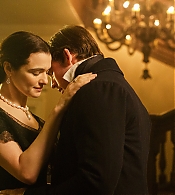 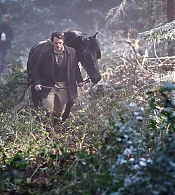 A few new production stills for Sam’s upcoming film My Cousin Rachel have been released. Check them out in the gallery! 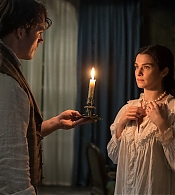 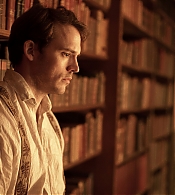 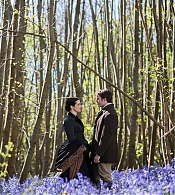 Cornerstone Films is handling international sales rights for the title, and co-repping U.S. rights with CAA, which packaged and financed the film. Project will be launched to buyers at the Cannes Film Festival this month.

Claflin, who has starred in projects such as Me Before You, Their Finest and The Hunger Games, will play Hopper, a straight-laced cop who fills his downtime as a Sergeant in the Marine Corps Reservists alongside a close-knit team of life-long friends – Jaeger, Daddy and Snowball. A rowdy but inseparable bunch of guys, they look out for each other no matter what, including keeping an eye out for Hopper’s younger, reckless brother Oyster.

When Oyster accidentally kills a man in a bar-room brawl and tries to flee town, Hopper stops him and forces him to face the music, resulting in him ending up in prison. But, after being deployed to Iraq, Hopper feels wracked with guilt when he returns home and he and his friends hatch a plan to break Oyster out of jail.

“I couldn’t be more excited about Semper Fi,” Miller said. “At its core, it’s about what it means to truly stand by the people you love. It’s thrilling and entertaining but also emotional.”

Claflin and Rubin are repped by CAA; Claflin is also repped by Independent Talent Group in the UK.

Check out an amazing new trailer for My Cousin Rachel below!

Collider – From director Lone Scherfig and adapted from the novel Their Finest Hour and a Half by Lissa Evans, the romantic drama Their Finest is set in the midst of the devastating Second World War, when movies became a crucial outlet to raise the spirits of the nation during wartime. Catrin Col (Gemma Arterton) is employed to write female dialogue, referred to as “slop” by her male co-writers, for original British Ministry of Information propaganda feature films with fellow screenwriter Buckley (Sam Claflin), and as the two work together, they realize that there can be just as much passion behind the camera as there is on screen.

During this phone interview with Collider, co-stars Sam Claflin and Bill Nighy (who plays the self-absorbed but charismatic thespian, Ambrose Hilliard, whose days of being a romantic lead are well behind him) talked about what attracted them to Their Finest, the story’s feeling of nostalgia, learning to work on a typewriter, how dreamy it was to work with co-star Gemma Arterton, and why people love the collective experience of watching movies. Claflin also talked about My Cousin Rachel and the experience of working with Rachel Weisz, while Nighy talked about playing a very nice man in The Bookshop, opposite Emily Mortimer.

Collider: What was it about this script that made you want to be a part of telling this story and playing this character?

BILL NIGHY: To be honest, it was triggered by the prospect of working with (director) Lone Scherfig. That was my initial enthusiasm. And then, when I read the script, it was a wonderful script full of humor and humanity, which appealed to me. It was also something that I’m interested in. I’m interested in making movies and I’m interested in that period. People in the U.K. have a very specific nostalgia for that time, and I thought it beautifully expressed the details of how people’s lives were, during that time, and the general feeling, and how people can remain compassionate in truly dangerous times, rather than like compassion during strategically invented dangerous times. It’s a timely movie, in that respect. But, the script was very attractive.

SAM CLAFLIN: For me, personally, I’d been fortunate enough to work with Lone Scherfig, and she approached me with this script. After having such an incredible experience with her before, I knew that no matter what she gave me, I would happily jump aboard. Honestly, I fell in love with the script. I thought it was a really unique war story, set around a very poignant part of our history, but with an insight into a world that I wasn’t overly familiar with, with filmmaking at that time. I loved the beautifully poetic love story between Buckley and Catrin, and also the humor that Ambrose Hilliard brought. So, it ticked every box for me, really. And Gemma [Arterton] was already attached and I’d always wanted to work with her. It was a no-brainer.

This film has an almost fairy tale quality to it, while being set in the middle of a war, and it explores humor and tragedy in a very real, very relatable way. Was that clearly evident, when you read the script, or did that come out of fine turning during the shoot?

CLAFLIN: I thought it was all there, laid out in the text and the story, and even in the novel, which obviously came first. The world that was created and the rhythm and musicality that the script had felt almost like a musical. It felt quite uplifting and hopeful, and light and airy. It felt humorous and also quite nostalgic. It felt like a film of the time, and there’s something quite original about that. I think La La Land did it very similarly, in that it has that bounce in its step. As much as I don’t sing songs – Bill does – I felt really drawn to the musicality of it. You can’t ask for more, really.

Read more at the source

You can adjust all of your cookie settings by navigating the tabs on the left hand side.