‘Me Before You’ stars on pranks, ‘Thrones’ spoilers 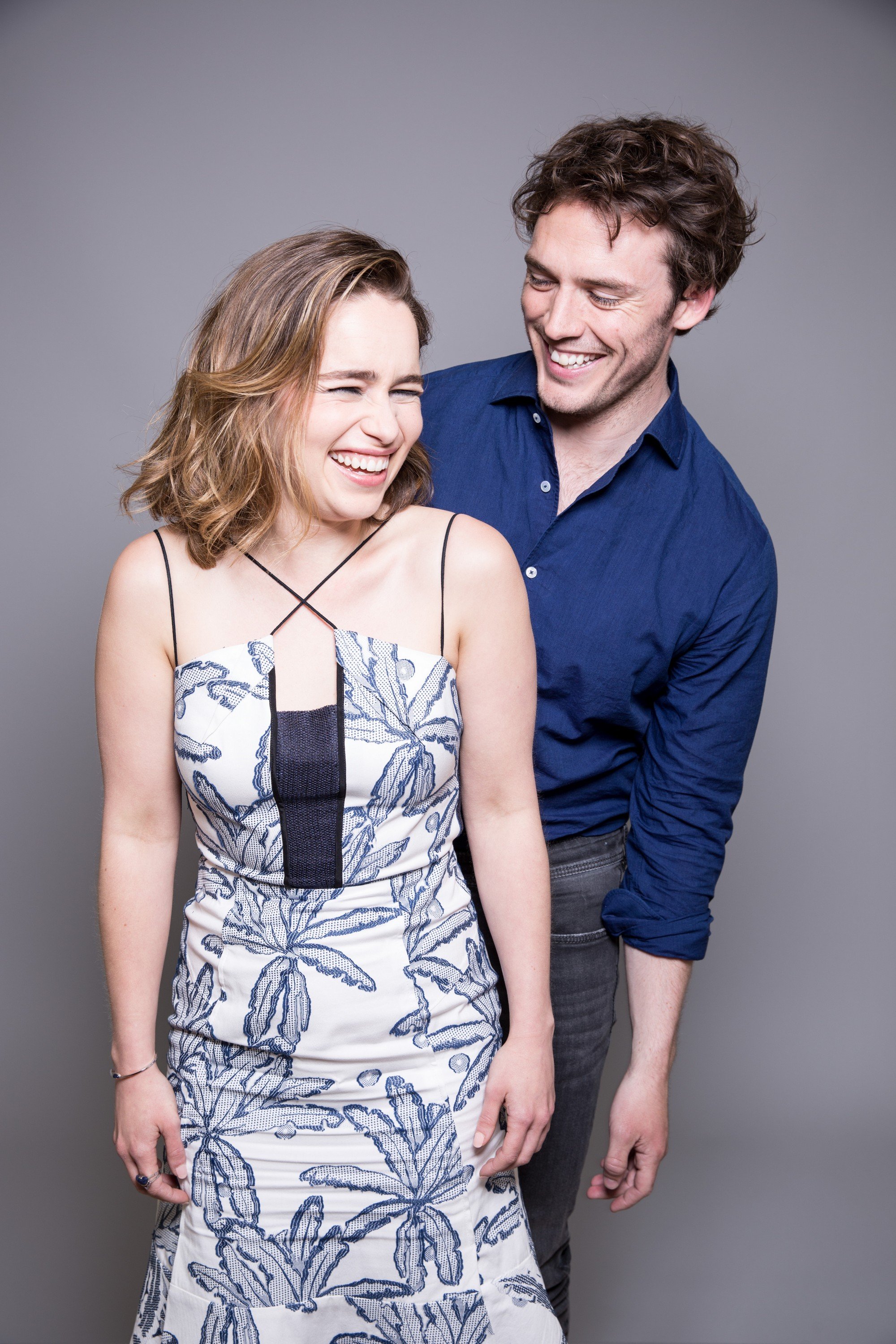 USA TODAY – Love hurts — and not just emotionally. Clarke fractured her hip midway through the shoot. That made the film’s tear-jerking climax even more difficult, as Lou dances on the beach before Will makes a startling confession. “It was super-hard anyway, from an acting point of view, because it was the most raw that we get. Then I was in so much pain,” Clarke says. Even sitting on Claflin’s lap was an almost-Olympian feat. “They had to build a little obstacle course for me,” she says. “They got all these boxes and tried to move them so I could look like I was getting on” his chair.

One wacky wardrobe. One of Lou’s defining traits is her outrageous fashion, which Will lovingly describes as that of a “leprechaun drag queen.” Of the heart-printed blouses, butterfly hairpieces and bumblebee tights, Clarke says her least-favorite items were a striped sweater and linen trousers, which Lou wears when she grudgingly watches a movie with Will. “We’ve had a fight, so I’m kind of like, ‘Whatever, dude, I’m going to wear the most normal stuff I can find,’ ” Clarke says. “Obviously, I look mental, still.” As for what she kept: “I’ve got the tights!”

“Sam stole my doll!” Clarke pulled all kinds of pranks on Claflin, including putting fish in his socks. But the most elaborate may have been when she “framed” him for stealing a doll of her Game of Thrones character, Daenerys. “I was like, ‘What? I’ve never seen your doll,’ ” Claflin says. “She put it in my bag (when) I got in the car to go home. The next morning, there were posters all over saying, ‘Wanted: Doll Thief,’ with my image.”

She had Snow idea. Like the rest of us, Claflin is a “huge” Game of Thrones fan. “I basically kept asking, ‘Want to give me some spoilers?‘ ” he says. The actor was particularly curious about the fate of Jon Snow (Kit Harington), although the Mother of Dragons says even she was in the dark: “Kit hadn’t fessed up to me yet.”

Emilia Clarke, Sam Claflin grapple with love, life in ‘Me Before You’

“Me Before You” Portrait Session